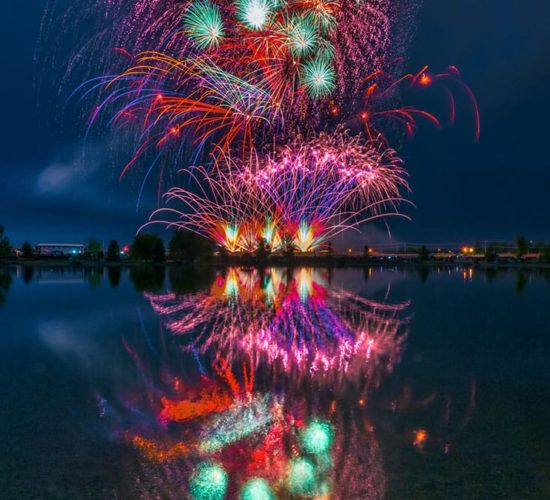 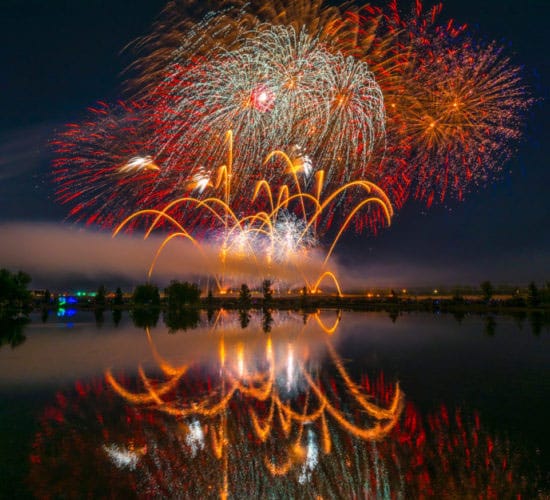 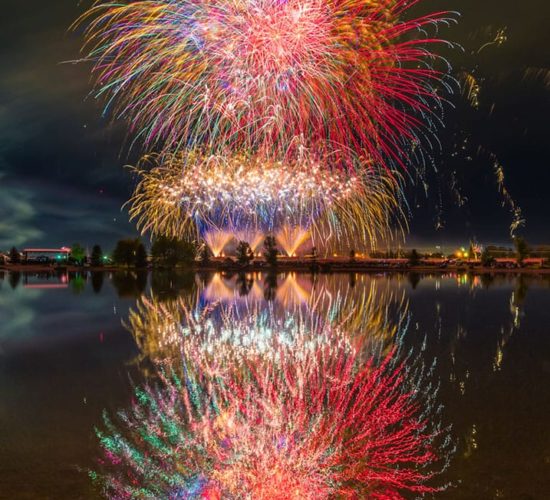 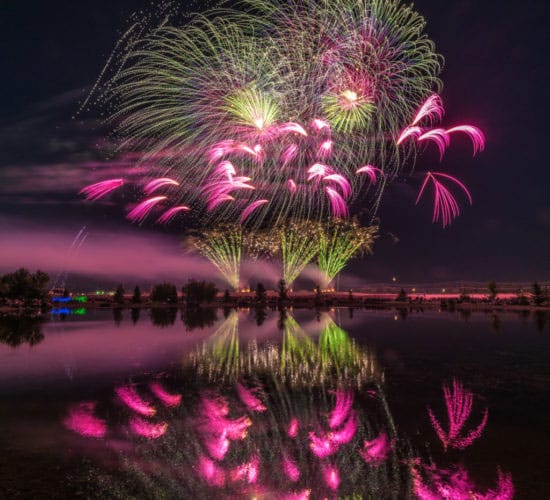 Beginning at 10 p.m. on July 4 at Snake River Landing, Melaleuca will launch over 18,000 brilliant shells into the night sky over the banks of the Snake River in honor of America’s Founding Fathers, veterans, and service members.

Entirely free to the public, this event has won the Reader’s Choice Award as Best Annual Event four years in a row as voted by over 150,000 Post Register viewers.

This magical fireworks display has been choreographed to create magical moments, spectacular crescendos, and rare special effects. “This show rivals the pyrotechnic giants of Boston, Washington D.C, and Philadelphia, as measured by the sheer number of shells in the air,” said Heather Gobet, a fifth-generation pyrotechnician charged with firing the show. 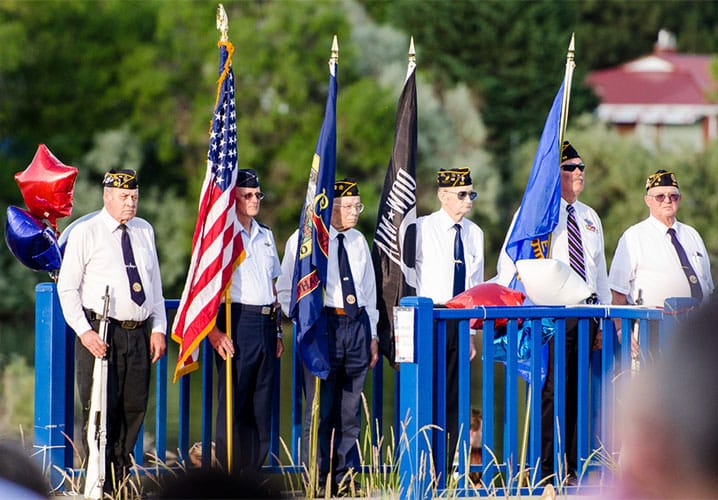 The Melaleuca Freedom Celebration, which offers one of the nation’s best fireworks shows on Independence Day, pays tribute to America’s Founding Fathers, as well as the veterans, soldiers and their families who have sacrificed to secure and preserve the freedoms of this great nation.
Learn More

“Although the 28th Annual Melaleuca Freedom Celebration may be off the beaten path in Idaho Falls, Idaho, it’s worth the effort to behold this remarkable, competition-caliber fireworks show. This is one of the nation’s largest fireworks displays, and it’s appeared twice on the APA’s list of “must-see Independence Day fireworks displays.” It is held along the banks of the Snake River in an outdoor venue exclusively designed to host a world-class fireworks show, and it may be the only city in America that has made such a large investment in the overall fireworks experience for spectators.”

“The 2021 show will launch more than 18,175 ultra-premium shells, uniquely showcasing the majority of the fireworks and special effects being made in the U.S.A., which is extraordinary in the pyrotechnics industry. This American-made product is sure to delight spectators with American ingenuity, vibrant colors, and custom-made special effects that have never been seen anywhere in the world. Sponsored by Melaleuca and produced by the fifth-generation pyrotechnicians at Western Display Fireworks, the Melaleuca Freedom Celebration is a must-see Independence Day show for every fireworks aficionado!”

Line up along Boulevard to see the floats.

Enjoy hours of entertainment with a variety of food and beverage vendors, a sea of bouncy houses, games and other activities, helicopter rides, bands playing live music, arts and crafts, and more. Visit our Riverfest page for more information.

Experience dazzling, high-flying pyrotechnics as we light up the night sky over the banks of the Snake River.

THE IDEAL SITE FOR FIREWORKS The Melaleuca Freedom Celebration brings in crowds upwards of 200,000, making it the single largest event in Idaho...Read More
In the News Several news outlets are gearing up for Fourth of July weekend by breaking stories about the largest fireworks...Read More
In the News On the morning of July 4th, USA Today published their picks of the top 10 most spectacular fireworks...Read More
In the News In recent news, the Post Register covered the Melaleuca Freedom Celebration reinforcing Idaho Falls, ID is the place...Read More
In the News With firework finales set to amaze Americans from sea to shining sea, you won’t find a bigger Independence Day...Read More
In the News The spectacular 28th Annual Melaleuca Freedom Celebration returned to Snake River Landing Saturday night and it did not...Read More
In the News